I complain about my love life. A lot.

Finding dates isn't easy for me: I'm fat, feminist, outspoken, and very selective. I'm also a hooker, though most dates never last long enough to discover that about me. But they do know that I'm not monogamous because I'm upfront about that from the beginning (and in fact, mention it in my online dating profiles). Most often, this is an issue for cis men.

I've had so many first dates. And they're fun, mostly. I feel as though I've gotten bad at measuring men's interest in me. I also feel as though I'm not good at dating. I either really like them and want to jump into couplehood and scare them off, or feel pretty meh about them and go through the motions,
hoping my feelings will grow, but mostly just grow increasingly annoyed with their idiosyncrasies while they grow more enamoured with me.

I also recently broke up with an ex whom was abusive and horrible, but whom I also loved deeply and had pretty great sex with.

And then after this weekend, I had a revelation. This guy whom I've been seeing for several years - very casually, as he lives quite far away, and who is privy to this "select" list - has been spending a lot more time with me. I've been inviting him more. And he's there, has spent time with my friends, etc. I've mentioned him here before, about how we reconnected after I lost my mind surrounding my dad's death.

My feelings for him have always been affectionate, friendly, casual. Since we've reconnected, it's all been very sweet and loving, but perhaps lacking that addictive and dangerous all-consuming passion I had with my ex, and for which I still yearned.

Though we've known each other for years, we had what I consider our first date this past weekend. We've done stuff together - like camped out on the beach with friends, went to my art exhibit together, celebrated my birthday - but never just the two of us. We went to a movie, then dinner. And it was so great. The little things that always elude me - a guy holding my hand in public, paying for my meal, being attentive and thoughtful, expressing his joy at being there - were all present. He brought it, and it was SO. MUCH. FUN, despite the heat and me being tired. For someone like me, a simple thing like a fun date with someone whom I'm pretty sure isn't going to vanish from my life feels like a tiny miracle. It feels... normal.

After he left the next morning I thought "fuck. He's pretty great, how did it take me so long to see that??"  I feel like something shifted with us - though maybe it was just me. Like that all-consuming passion, but one that lets me live. One which can be extinguished and re-ignited. Oft-consuming, but not deadly. We had some pretty amazing sex this weekend, and the one before, and I haven't felt so satisfied romantically and sexually in a long time. 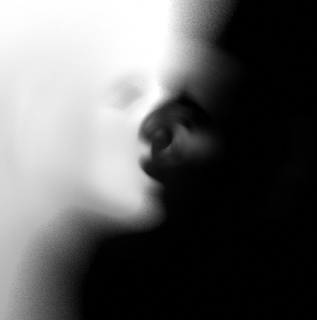 It's still super casual, but it has occurred to me: what I wanted, what I complained I never had was.. IS... right in front of me. When I invite him to things, he usually comes. When I kiss him, he looks into my eyes. When I fuck him, he makes me feel desired, sexy, wanted. When I complain about dating he'll often pop up in messenger asking how I'm doing. He checks in. He acts like he cares. He doesn't judge me, or question my morals, or seem to mind at all that I'm a sex worker. He says my monstrous snoring is "cute". He's very quiet, but never misses a chance to say how much fun he had with me, or how excited he is to see me. He's big on actions (he's the same guy who sent those roses to my door years back).

I guess I sort of dismissed it all because of the casual nature of our relationship, because he lives so far away, because I still know so little about him, even years later. But having him be so present, so attentive, so caring has made me see that he's always been like this.

I think that maybe I was just afraid. That maybe *I* wasn't giving enough. Maybe I took him for granted and was so busy being on guard with my feelings that I neglected to make him feel wanted.

It's made me re-evaluate my dating life in general. Not only do long-term relationships not develop overnight, but they don't have to be strictly defined as such.

Sure, I'd still love to have a boyfriend - someone who lives closer to me, someone I can connect my facebook to, someone who wants to mix it up all the way, like meeting each other's friends and family -  but I also don't want to miss the sweetness I already have by focusing on the minutia of "making things official".

Sometimes the answers really are in front of your face and you're just too stubborn, scared, or stupid to see.