It's Been A Year 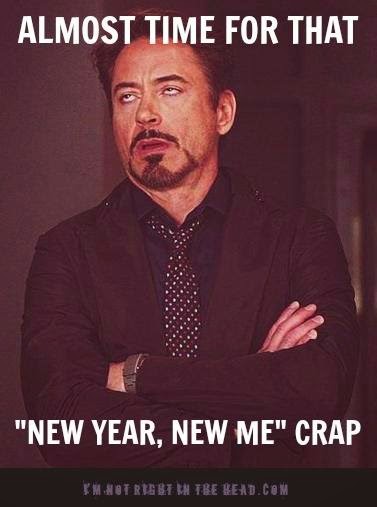 It's been a really interesting/difficult/joyful year for me, and for lots of my close friends too. I'm just going to jump right into a point form list.

The Bad
1. My Dad passed away this year. He was the first person in my life to ever die. It's been difficult in ways I'd never imagined. It's also been good in the sense that he was suffering from ALS, and enduring a slow, painful process which was tantamount to waiting for death. The realization that he's gone, and the tears, come in waves, always unexpectedly and inconveniently. In addition, his wife disrespected his funeral wishes, made it all about HER loss, and more than likely withheld any inheritance he wanted me to have. I always thought I would feel his presence after he died. Sadly, I do not. Not being able to be there with him, due to pressures from a really nasty government worker, and a total lack of funds, was extremely stressful and frustrating.

2. After more than 4 years of emotional, verbal, and (at least a few instances of) physical abuse, I finally ended things with my former-client-turned-lover. I still refer to him as my ex, though we were never officially a couple. Despite my having ended it, I tried, more than once, to get him back into my arms. Luckily, he ignored my attempts for just long enough. Despite that, I do still miss him, and have come to realize that perhaps I always will. Despite it all, and how our relationship often crossed over into obsession, I loved him deeply, madly, and I fear I will never again feel such electricity from the touch of another.

3. My health issues have gotten worse. I have constant back pain that prevents me from standing or walking for long (or even moderate) periods of time, and my knee pain has gotten worse. I still bike everywhere, but a big reason for that is the difficulty I have when walking. My diet has been a typical depressed person's diet this year: sporadic, largely unhealthy, and occasionally excessive. To top that off, I got extremely sick in February (after getting the flu shot - which always coincides with my rare instance of extreme illness). I've also come to realize that my new family doctor is horrible. She constantly pushes expensive treatments on me, which I've consistently refused (like the $500 Gardasil "vaccine"), and she's completely ignorant about the realities of cash poor folks. I've yet to find a new doctor, as it took me 13 years to find this one.

4. Bill C-36, aka "The Pickton Model" passed into law, criminalizing sex work in Canada. My white privilege has always insulated me from the realities of being deemed a victim/less-than-human/criminal-by-nature/unworthy of protection by government and law enforcement, and largely, society. It's been INCREDIBLY sad to realize that, as a sex worker, I'm seen as disposable trash, rather than a functioning, intelligent woman capable of making decisions about my own life and body. I've felt the stigma extra hard this year, in terms of dating too.

5. Which brings me to dating. In a foolish attempt to distract my broken heart, I tried in vain to date this year. I met an awesome guy early in the year, and royally screwed that up with my jealousy, insecurity, and by comparing him to my ex. In the summer, I met a guy who I thought was awesome, and whom I grew to really like as a friend, and he did a complete 180˚ after I slept with him. I'm pretty sure he was either a sociopath, a misogynist, or a nasty combination of the two. I gave up on dating after that experience, as I felt that my instincts had been compromised.

The Good, YAY!
1. My instincts hadn't been compromised, though! There was this one (initial) red flag with that guy. I ignored it because I liked him. Looking back on it I see that there were SO MANY clues. I cried for a day and moved on, smarter and more aware. Giving the dating a rest was actually great for me. It gave me time to mourn my dad, my ex, my excellent health, and just learn to be alone again. It helped me take online dating not at all seriously, and see the humour in the ridiculousness of men who date online. Also good: the above-mentioned awesome guy, with whom I royally screwed up, is also the first guy to send a dozen roses to my door, and we've started talking again recently. There's also an online dating podcast in the works.

2. If I hadn't wanted to segue from dating, this would have been number 1 on the good list: I QUIT SMOKING WEED! In January. This was a HUGE accomplishment for me. I've been a pothead since I was 17, and at least 5 of those years were chronic. I tried last year to quit, and succeeded for a few months, but eventually went back to it. I'm not sure how I did it, other than simply being broke and having to go home to be with my dad, where smoking was not an option. I've smoked twice since quitting (which, for me, resets the clock, but doesn't negate the accomplishment): in July on my friend's birthday, and a couple of weeks ago while drinking whiskey. I don't even really crave it anymore. Ideally, I'd be able to hang out with chronic smokers again, but I'm not quite there yet. Thanks Gabor Mate for saying "never take your sobriety for granted". It's also New Year's Eve, so I *may* partake this evening if it's on offer. I'm as yet undecided.

3. I did my very first on-stage, paid, reading-poetry-in-public gig. It was great. I was nervous. It also forced me to put together a small book of poetry, and I've sold quite a few of them. Buy one here.

4. My writing got a lot of attention this year. After writing "An Open Letter to Anti-Sexwork Activists", it got shared widely, and my blog views increased rather dramatically (for my standards). The views are up to almost 15,000 now. I've gotten SO many messages from people thanking me, saying I inspire them, and complimenting my writing.

5. I was asked by kick-ass former sex worker and activist KweToday (check out her website and amazing writing) to speak to a prison abolition group (LOVE to Safe Space London!) about the criminalization of sex work. Getting paid to speak about something I'm super passionate about is amazing. I'm not super experienced at presenting things, but I think it went fairly well despite that.

6. I was approached by Cathy Reisenwitz who does the Sex & The State series, about being interviewed about sex work, consent, and C36. While I wish I could go back, listen harder, and answer questions better, it was a great conversation, and I'm so thankful to her for facilitating it.

7. Art- and design-wise: I made some money doing custom portrait illustrations, and made MANY folks very happy with them. Hand-made art fell off my list, largely, but I had a burst of creativity in the summer. I made a bunch of amazing posters, logos, social media art, too! See some samples of my art at risqueforte.com.

8. I saw A Tribe Called Red live! AND I saw The Roots! AND TV on the Radio! Three of my favourite bands. AMAZING SHOWS!!! (TV on the Radio was the least awesome of the three).

9. I got to spend time with my Mom, Aunt, Niece, Stepdad, Dad, Stepmom, and some of my mom's wonderful friends. They live in a different province, and I don't get home super-often. I also re-connected with the father of an ex-friend, who used to be buddies with my dad back in high school. He showed up at the funeral, and it was amazing to see him, hug him, and share some laughs (and a few tears).

10. I got closer to my closest friends, and spent time with new ones. I'm incredibly blessed to know so many wonderful people. I am loved and I love so many people.

11. My cooking skills got seriously upgraded this year.

12. I was interviewed by the CBC for the Ideas show a few weeks ago. The show will air in January, and has since become a 2-parter! I spoke about sex work, consent, exploitation, and all kinds of things I actually hope don't make it onto the air (a lot of it makes me sound like a stereotypical damaged hooker). But overall, the interviewer was great, and it went well. I am super excited.

13. While it was technically late in 2013, I was also interviewed by Vice's Sarah Ratchford about sex work, and the laws we previously had in Canada - which are infinitely worse now.

14. I feel like I'm just bragging at this point.

15. I had my first client session with a female client earlier this year. It was amazing. Living the dream.

16. There was actually so much wonderful stuff happening this year, I'm fairly certain I forgot important parts.

17. OH. MY. GOD! The most important good thing: My ex, who I had been missing extra hard that day, texted me the day before Christmas Eve (and a couple of weeks earlier). I IGNORED HIM, and didn't even cry about it once. VICTORY!!!!!

18. Finally (hopefully this is the last edit), towards the end of 2014, a guy whom I'd dated several years ago, who ended things in a pretty abrupt and unpleasant way due to my sex worker status, apologized. A real, genuine, no-excuses apology. I've always missed him and thought of him (mostly fondly) over the years, and I was always sad that he had so easily cut me off when we'd also become friends. We recently re-connected over a "sorry" dinner, and have been in touch ever since. It's so wonderful to have his presence in my life again (no, we aren't dating - but there may be some make-outs in our future). Regardless of the attraction we still have for each other, I'm hoping to build on a friendship with him more than anything else.

Overall, the year started off quite rough, but has forced me to really look inwards, which resulted in a lot of clarity. A lot of said clarity is just accepting that I'm kind of floating right now, and coming to accept that reality. I've been happier than I've been in years, and also lower than I've ever been. Mostly happier, though.

Happy New Year everyone. None of that "New Year, New Me" bullshit here. Just a flipping of my calendar. Tomorrow. Evening. After I awake from my hangover.
Posted by Brazen Lee at 11:07 AM